Dependency Deductions After a Divorce

In a situation where you have children and are divorcing, you want to understand how the dependency deduction works on your taxes. We’ll discuss this in detail below.

Your tax return will need to be filed soon. If you are recently divorced or have had a change in your custody arrangement in the past year, then you will want to know how your dependency deduction will work. While you were married, you would have simply seen this deduction apply to your joint return. However, you will now need to determine whether you or the child’s other parent qualify for the deduction.

How You File Taxes During Your Divorce 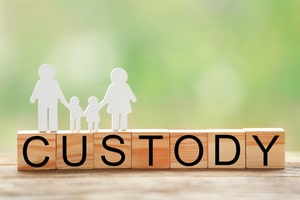 During the divorce process, you and your spouse will need to have a tax return filed. In this situation, you will file the return as you normally would, which for most married couples, is a joint return. Then, any refund or tax due is split evenly between the two parties.

The parties can continue to file jointly until the divorce is actually finalized.  In some cases, when the divorce would be finalized in the month of December or otherwise relatively close to the end of the fiscal year for most tax payers, the parties will still either agree or otherwise be ordered to equally share in the refund or deficiency.  The judge will also often be willing to basically hold onto the judgment and not sign it until after the first of the year.  The parties are not divorced until the judge signs the judgment and this allows the parties to file taxes jointly and utilize some of the advantages of fling the tax return as “married filing jointly” rather than having to file individual separate returns.

So what happens after your custody arrangement is finalized?

Who Claims the Dependency Deduction After the Divorce?

However, in most cases, the parties will agree to yearly alternate the deduction or the judge may order the parties to alternate yearly.  If there is more than one child, then they would each take one child until only one is eligible as a deduction and then alternate yearly.  The judgment will also typically include a clause that requires the payer of child support to be current in her or his obligation in order to claim the deduction. 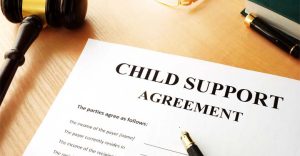 If you are ordered to receive child support payments, this is not considered taxable income at the federal or state level.

Can I Claim Child Support Paid as a Tax Deduction?

If you and your spouse are considering divorce, you want smart legal representation. Contact The Mitten Law Firm today for a free consultation.