Michigan child custody laws can seem arbitrary and unfair, especially in the midst of a custody battle or divorce.

The prospect of losing parental rights is terrifying. When parents are at odds, it is almost always the children that suffer the most. We are asked many questions about child custody in Michigan, and we wanted to take the time to answer many of the most common ones. You may have these same questions, plus others. If you don’t see an answer to your question, feel free to contact The Mitten Law Firm for a free and confidential consultation.

Who Gets Custody of The Children?

If there is an established custodial environment, the party petitioning the court to change it has to prove that the change is in the child’s best interests by clear and convincing evidence.

If Both Parents Share Custody, Who Pays Child Support in Michigan?

Child support in Michigan is calculated using the Michigan Child Support Formula. This formula uses both parents’ incomes, the number of overnight visits each parent has with the child per year, and the child care and health care expenses each party pays to determine how much child support is needed.

Child support is almost always awarded to the parent who has the most overnight visits. The amount of child support will depend on the numbers input into the formula.

What Are Some Common Custody Arrangements?

In Michigan, there are two types of custody: legal and physical. 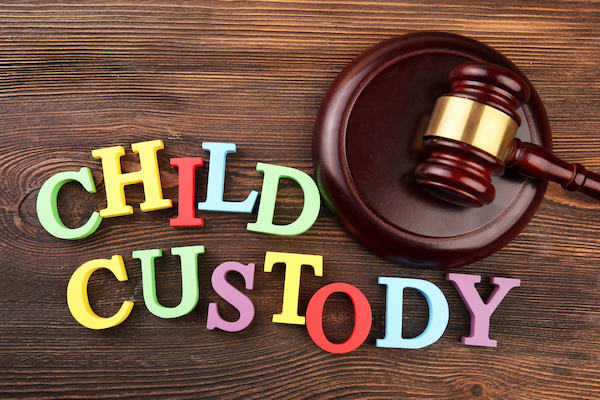 If Child Support Isn’t Paid, Can Visitation Be Denied?

If visitation or parenting time was established under a court order, you could be held in contempt for not allowing the visitation.

When Can a Child Decide Which Parent to Live With in Michigan?

A child’s preference can be considered when they are of the age and maturity the court finds sufficient to express a reasonable preference. Each judge has discretion whether to consider the child’s opinion in a custody dispute.

In Michigan, a child’s preference is just one of twelve factors the judge will consider; a child cannot just decide to live with one parent.

Do Grandparents Have Custody & Visitation Rights in Michigan?

Grandparents do not, by default, have custody and visitation rights. However, grandparents can petition the court for these rights in very limited circumstances: with the consent of the parents during or after a divorce; if the child was born of wedlock, paternity has been established, and the father is paying child support; if legal custody of the child has been given to someone other than a parent; if the grandparent had custody of the child within the last year; or if the grandparent’s child (the parent of the grandchild) is deceased.

When is Child Custody Decided in Michigan Divorces?

The parties can also negotiate a child custody agreement, and the judge will adopt it if he/she finds it is in the best interests of the children.

When Can Custody Be Modified in Michigan?

What if Parents Can’t Agree On a Custody Arrangement?

These questions and more are often extremely important in Michigan child custody cases. When you are in the midst of a divorce and have children, you need a skilled Family Law attorney in the Downriver area.

Contact The Mitten Law Firm for a Free Consultation today.