Can Marijuana Use Affect Child Custody?

Recreational and medicinal marijuana are both legal in Michigan, so does that mean it has no bearing in a child custody hearing?

Many factors can impact a child custody hearing. In some cases, a spouse might allege that a parent’s habits, activities, or lifestyle could harm a child if that parent were granted custody of the child. In those cases, the other parent needs to consult with an experienced Michigan divorce lawyer immediately. A judge could rule in favor of a spouse alleging misconduct if the judge believes that a parent’s conduct could harm the child.

Is Using Marijuana a Cause to Deny Custody?

The courts in Michigan use various factors to determine custody and parenting time. The last of the basic factors states that a judge can consider any other factor that is relevant to a specific child custody case. In other words, any factor that the judge deems appropriate to determine the child’s best interest might be considered in a Downriver custody case.

Therefore, the use of recreational marijuana could be a factor the judge considers when granting custody and parenting time, even though recreational use of marijuana is now legal in Michigan. If the court considers the use of marijuana to be harmful to the children, the court could use this factor when it considers custody. It would be similar to the way a judge considers alcohol abuse when deciding custody cases. Alcohol may be legal, but if the use of alcohol could potentially threaten a child’s safety or overall wellbeing, the court may grant custody to the other parent.

What if I Have My Medical Marijuana Card? 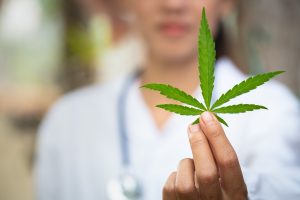 Under the Michigan Medical Marijuana Act (MMMA), a person “shall not be denied custody or visitation” for using marijuana according to the provisions within the statute. However, the Act also provides that the use of medical marijuana might be a factor if the person’s behavior creates an “unreasonable danger to the minor” that can be explained and proven.

Of course, the parent alleging that the use of marijuana, either medical or recreational, must show that the use of the marijuana is relevant to one of the best interest grounds for custody and parenting time. If a parent is petitioning for a change in custody based on marijuana use, the parent must show a substantial change in circumstances since the previous custody order that would have a significant impact on the child’s wellbeing or safety.

Can I Still Have Parenting Time if I Use Marijuana?

The question is answered on a case-by-case basis. The judge considers all factors relevant to the child’s best interest. You can take steps to avoid problems with custody and parenting time if you use marijuana legally in Michigan.

For example, keep your marijuana in a lockbox as you would a gun or other item that could harm your child. Do not smoke marijuana in your child’s presence or operate a motor vehicle after smoking marijuana with your child in the vehicle. Take all precautions to ensure that your actions while using marijuana cannot be viewed as negligent, reckless, or careless.

Worried that your use of marijuana could hurt your child custody case? Contact a child custody attorney at The Mitten Law Firm today for a free consultation.