Can A Creditor Object To Your Chapter 7 Bankruptcy?

Most bankruptcy cases pass through the bankruptcy process with little objection by creditors. Because the bankruptcy system is encoded into U.S. law and companies can prepare for some debts to discharge through it, creditors usually accept discharge and generally have little standing to contest it.

But creditor objection can sometimes happen, and every debtor can do well to understand why and how to defend against it. Learn what you need to know.

Once you file a relevant bankruptcy, your creditors are informed. They have a legal right to attend the creditor’s meeting, usually called a 341 meeting. In this meeting, your bankruptcy information is presented and you attest to its accuracy.

Creditors who attend have the right to ask questions about anything that may affect how much they can get back or that may help show their debt should be non-dischargeable.

If during this meeting or in their own investigation, a creditor discovers something that they believe alters how dischargeable their debt is, they may go on to file a motion to contest some or all of the bankruptcy details. Then, the debtor must defend their bankruptcy claim against this contest, with the bankruptcy closure likely delayed. 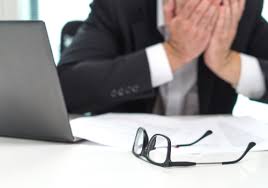 Why Can Creditors Object to Your Bankruptcy?

Before you worry too much about creditors contesting every discharge, remember that this is actually a rare occurrence and must have legitimate reasons. The cost of objecting in court to a discharge is more than most creditors want to undertake unless they have a very compelling case.

Most objections come from a few serious charges. The first is bankruptcy fraud. If you charged up your credit cards in the 90 days before bankruptcy, a credit card company may argue that you never intended to pay back the debt. Similarly, a debtor who took out a large cash advance may have to prove that they did so for legitimate, necessary reasons rather than to take a vacation.

Fraud could also be a factor if you forgot to include any debts in your filing, if you appeared to transfer assets in advance of bankruptcy, or if you failed to be completely truthful on any forms. Most moves that debtors make are valid, but they can appear to have ulterior motives to an outside party.

A second reason for contests is that the debt resulted from some damage the debtor did willfully and maliciously. A common source of this could be a landlord who argues that the debtor should have to pay for intentional damage they did to the property before they moved out. And debts that arise from certain criminal acts are often not eligible for discharge.

Finally, a contest might occur if the debt falls into a gray area that may or may not be dischargeable based on circumstances. Income tax debts, for example, are dischargeable, but they must fall within certain guidelines. If a tax debt could be construed as outside the dischargeable range, the agency may ask the judge to rule on its inclusion.

If you’re struggling with debt and need to file for Chapter 7 bankruptcy, contact The Mitten Law Firm today.