How are retirement accounts handled in Michigan divorces? If you’re thinking about divorce in the downriver area, then you should consider all of your assets, including your 401(k) or IRA.

What happens to a person’s 401(k) account when going through a divorce can determine whether they will have enough money when they retire one day. You need to make sure that you do not have to give your spouse more than his or her fair share of your account, and that you get everything that you deserve from their account. A downriver divorce attorney can protect your financial rights with regard to 401(k) accounts and other assets. 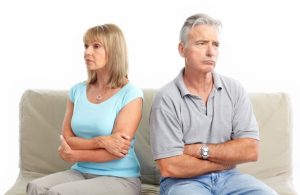 Divorces don’t just happen to young couples. Since the 1990’s the divorce rate for those ages 50 and up has roughly doubled. For those 65 and up, the rate has tripled.

This phenomenon is being called “gray divorce”, and became more common for many reasons. One of those reasons is that people are living longer. Most Americans live an average of 15-20 years beyond the age that they retire. Once retired, some folks find that living together day-to-day isn’t manageable.

Financial Ramifications of Divorce in Michigan

Divorce can be financially devastating, both in the short-term and the long-term. The same level of combined income has to support two households instead of one. A change in marital status can affect how one files income taxes and eligibility for benefits like health insurance. Most people tend to focus their attention on how to make ends meet from one paycheck to the next, but it is equally important to safeguard your retirement finances.

Many people live for 15 or 20 years or more after they retire. If you contributed diligently to your retirement account while your spouse frittered away that amount of money from their paycheck, it might not seem fair that you have to give away half of your retirement account when you divorce. Nonetheless, if the account is marital property, you might have to swallow that bitter pill.

Some portions of a retirement account could be separate property, which means that you get to keep that part for yourself. Courts usually do not divide separate property in divorces. There are, however, some exceptions. Your Michigan divorce attorney can explain those situations to you.

The marital portion of your retirement accounts includes contributions to the account made during the marriage, as well as the growth and earnings on those amounts. If you rolled over old accounts into your current retirement account, it will be necessary to calculate the marital and separate portions of the asset.

How Do Courts Divide 401(k) Accounts?

Judges and parties have several options when dealing with the distribution of retirement accounts in Michigan divorces. Some of the options include:

You might have additional alternatives, depending on your situation. A downriver divorce attorney from The Mitten Law Firm can help you determine the best course of action. Contact us today.