What If My Ex & I Disagree About Education?

How do Michigan divorce courts and Friend of the Court handle differences in opinion about the education of a child?

There are many issues that may come up when one is considering a divorce or faced with a spouse that is considering divorce.  Divorce will affect every aspect of one’s life including some of the biggest financial transactions one will ever have to handle, such as division of retirement accounts, all the parties’ assets, debts and any real estate the parties might own.

Often however, in cases that involve children, issues about custody, parenting time and ancillary questions about child rearing often take front and center.  Child custody and parenting time are always considered modifiable even after the end of the divorce case until the children reach age 18, the age of majority.  Sometimes, the child rearing issues can linger on for a long time and may have to be addressed even years after the divorce itself is final.

Some of the types of issues that I often see in post-divorce cases as time progresses, include religious upbringing, sports or extracurricular activities and where the child goes to school, including choices about home schooling or private school.

How Do Michigan Family Courts Address Disagreements Regarding Education? 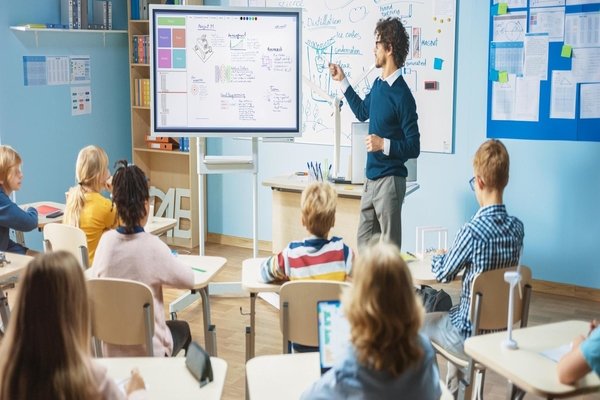 While divorce and family law are generally governed by statues created by the Michigan state legislatures, those statutes are interpreted by the courts and case law develops to help guide courts in future cases.

The case of Lombardo v Lombardo is the seminal case dealing with a disagreement between divorced parents about where the child should attend school, it basically determined whether the child should attend the school where the father resided or the mother resided.  One should note that a child may attend any school district in which a parent resides regardless of which parent may have more court ordered parenting time with the child or which parent is considered the “custodial parent”.

The court in Lombardo basically held that the best interest factors should be applied to the choice of school for the child.  This means the court will examine all the different aspects of the school, this includes not just academics but also whether the school provides clubs, sports or other activities which are in line with the child’s interests as well as the overall school experience.  The court will also consider the child’s grades and record at a school or district where the child has attended and the child’s overall record of achievement and attendance.

Almost any aspect of the proposed school or school district can be taken into account including whether the child has friends at a school or the distance the child has to travel to attend the school from one or both parents’ homes depending on the circumstances.  In such cases, I typically will hire an expert to provide testimony to the court comparing the positives and negatives of each proposed school or district and how that applies to the particular child.

When there is a choice between private school or home schooling vs. public school, the same analysis would apply, however in the instance of private school the issue of who will bear the costs of the same will have to be addressed.  Finally, if the child is already attending a school and one parent whishes to change the school or the type of school (for example from attending public school to home schooling or vice versa) the parent seeking the change will have the burden of proof to establish that the change is in the child’s best interests.