Who Keeps The Pets In Michigan Divorces?

What happens to our pets when we get divorced in Michigan? Our dogs and cats can feel like our children at times.

In homes without children, pets provide the unconditional love all of us seek. To many, pets are an integral part of home life. How does the law see dogs, cats, fish, and other best friends when it comes to divorce?

Pets Are NOT Handled Like Children in Michigan Divorces. 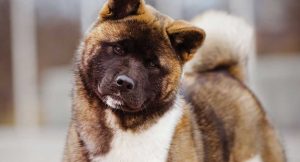 Children are treated differently in Michigan divorce law. There are custody hearings, agreements, and a special schedule made up for how the child is raised. The legal standard Michigan judges must follow is “what is in the best interest of the child”.

There is no such standard for pets in Michigan divorce law. Why? Because pets, even if there are no children in the home, are not viewed as children, due to their lack of being human.

Dogs, Cats, and Other Pets Are Considered Property in Michigan

While you may not think of your pets as your property, Michigan divorce courts do. The legal term is chattel. So when you’re wondering how your pets will be dealt with during your divorce, think of them as property.

That means that your dog that you owned before you were married would be considered “separate” property and not “marital” property in most instances. However, there might be an argument made for commingling of property. If the dog has become both yours and your spouse’s, then there may be a legal battle over Fido.

What if My Spouse Bought The Pet For Me as a Gift?

.If the pet is bought as a gift to only one of the parties, say one spouse buys the other a dog as a present, then that dog belongs to the spouse who received it as that spouses sole and separate property, free and clear from any claim by the other party and without any offset of other marital property.

This is also true of a pet that is inherited. Often, individuals will leave a pet in their will to someone the care for it. If the pet is an inheritance, then it may be considered separate property. Many of these decisions are played out in divorce settlement negotiations prior to going to court.

What if We Bought or Adopted the Pet Together?

If none of the exemptions apply, then the pet would be subject to equitable division with the rest of the property.  One hopes the court would not order the parties to literally split the pet, but it could order that the parties share the pet and commit to some sort of alternating schedule or take into consideration the equities of the situation and award the pet to one spouse or the other.

In the latter case, the judge would have to determine the replacement value of the dog without considering the emotional value of the dog because the law states that the dog is property, so that just means how much it would cost to replace the dog.  Obviously a French Bulldog would fetch a higher value to the other spouse than a rescue mutt, because the law can only consider the actual economic cost to replace the dog.

If you’re considering divorce and you own pets, then you want an attorney that will fight for you and your rights. Contact The Mitten Law Firm today for a free consultation.